Had the vision several years ago, and eventually took the bit between his teeth and opened Warren Gill. He is a perfectionist and will not rest until everything is just how he wants it. Over 50 years of shooting experience, there is not much Dave does not know about shooting whether it be clay or game!! Dave won The Grand Masters 28 bore title 2014. 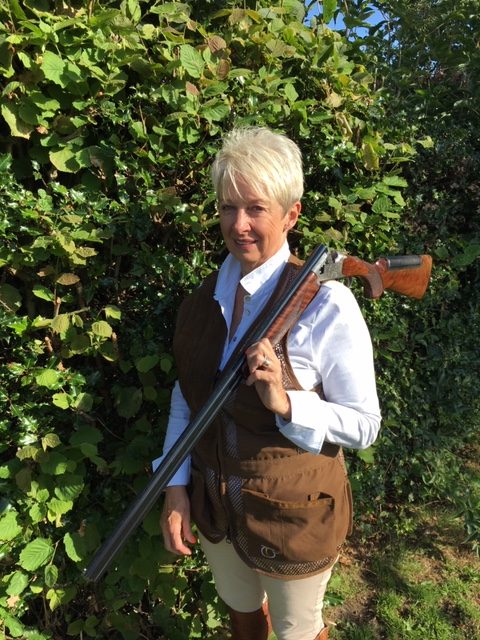 C.P.S.A. qualified Instructor level 1 and  Safety Officer. Not only does Ann teach on the ground, she sees to the accounts and the bookings. Ross has been a  self employed CPSA coach since 2001.  He is  CPSA qualified level 1 and 2 coaching in skeet and Safety Officer. He is First Aid qualified and holds an Enhanced DBS certificate. Ross is passionate about the sport and this becomes very apparent in his teaching.  He is methodical and gives clear instruction on the art of clay shooting.  Ross has also shown himself to be  very competent game shooter and is happy to accompany his clients onto the grouse moor, pheasant or partridge shoot.

Ross began shooting competitively in 2014 with a great start to his career becoming a member of the North of England Skeet team on his first attempt.

Ross then qualified for the England Skeet team in 2015 again on his first attempt.  He shot for England for the first time in 2015 dropping one clay and coming second in the Home Internationals with a score of 149 out of 150 against Scotland, Ireland and Wales.  He won the highest new cap.

Ross has shown that he is a competent 'all rounder' shooting all the disciplines clay shooting offers and also winning the 2015 British All Round Open.

In 2016 Ross was selected again for England but in a new discipline – Olympic Skeet.  This is one of the hardest disciplines in the clay shooting world.  With targets flying at a speed of 75 mph.  He shot in Ireland in August 2016 and gained his second cap for England.

In 2017 Ross has again been selected to shoot for England in OSK and will be representing his country in August 2017 in Wales in the Home Internationals.

In the past few years Ross has concentrated on OSK only, and is now pleased to announce has been sponsored by  Hull Cartridge and CCI Clays as well as Warren Gill Shooting Ground.

We are very proud that Ross is an instructor for Warren Gill and coaches numerous up and coming hopefuls attempting to follow in his footsteps and join the England teams. Stephen is a self-employed CPSA level 1 and APSI trained shooting instructor. He has a passion for passing on shooting techniques and excels at bringing on clients new to both clay and game shooting. Stephen has a relaxed yet technical teaching style, he has attended both the Basic and Advanced APSI coaching courses and the CPSA Level 1 and Safety Officers course.

First Aid qualified and holding an Enhanced DBS certificate, Stephen brings a wealth of leadership and team building experience with his 20 years of decorated military service. He has shot game and has occasionally shot competitively but has been hampered by frequent overseas deployments but now looks forward to enhancing people's shooting experiences in Yorkshire.